Oh, I Come From Alabama 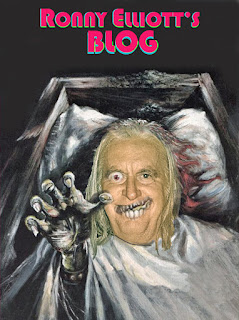 Herman Blount called himself Sun Ra. He claimed he was from Saturn. His birth certificate showed that he was born in Birmingham. Birmingham, Alabama.

I tell folks that I'm Ronny Elliott. My birth certificate labels me George Ronald Elliott and claims that I was born in Birmingham, too. I don't feel much attachment to the place and I'm a white male. I do love the rings around Saturn.

It occurs to me that society will tolerate a limited number of artists. Poets. Beatniks. Just don't interrupt the program. Don't run for public office and, fercrissakes, don't tell 'em that you're a son of god.

Sometimes I worry that I'm not living life to the fullest.

Then I remind myself that I've seen Coleraine and I've worn a turban and I've lived with dogs and cats, guinea pigs, mice, goldfish. I've picked muscadines and I have found sharks' teeth.

Posted by ronnyelliott at 7:25 AM