Can't Get There From Here 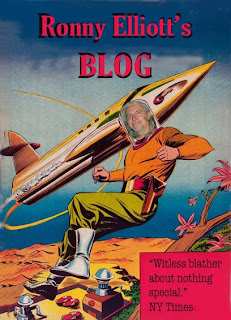 Ermine stoles and hot pants everywhere. I had never seen anything like it. Sly wouldn't go on 'til the promoters figured out a way to construct a ramp that lead the limo right to the edge of the indoor stage. At the end of the big show all of his equipment was loaded into white trucks by husky, well dressed guys. I.R.S. agents.

Dr. Diddley wouldn't speak to Mr. Berry for the entire three days. In fact, he wouldn't look in his direction. He's the one who called him "Mr. Berry." He told stories about Jimmy Reed and lectured us about child raising. He made plans to produce a record for us.

We were excited to play Steve Paul's Scene in New York. The headliners were our pals, the Candymen. The bill included Van Morrison who had just gone solo and released Brown Eyed Girl and Blood, Sweat and Tears. They were still an instrumental quartet featuring Al Kooper's piano. Of course Tiny Tim dropped by and brought the hipsters to their knees. Van was fired that night after asking from the stage, "It's hot in here. Where's the little shit that runs the joint?" We had the same publicist, Morty Wax. Van wanted to fire his band and hire us. Jim Morrison was in the audience.

Stuff just happens. If you wait long enough the stories seem interesting. Boy, if phones only had cameras!