Where Did That Come From 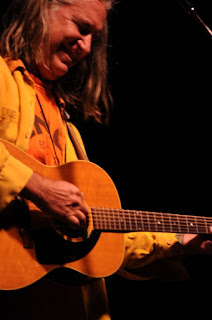 All my favorite songs sound familiar the first time I hear them. That's no coincidence. There are only so many notes in our scale, only so many words in the English language.

While I've always found it easy to overlook Chuck Berry's sources and anything that Bob Dylan borrows, I'm always worried that I'm using something from someone else without crediting them. It's starting to mean less and less to me.

A friend sent me a link to a You Tube performance of Bob Dylan onstage doing "Money Honey." Always been one of my favorite songs. Funny, it was always one of Little Richard's favorites, too. He claims that he loved "The Girl Can't Help It" because it was copied from "Money Honey." I've never been one of those detectives looking for Dylan clues. Who cares? I mean there are obvious things out there like "Subterranean Homesick Blues" and "Too Much Monkey Business" but when it comes to combing Rimbaud or poking through old Scottish folk songs from other centuries, count me out.

Here, though, Bob points the stratocaster towards the ceiling and starts dancing. Yeah, dancing. I immediately see it as the little steps that Carl Perkins did on all of his early television appearances. So here this old Jewish guy from Minnesota, sporting a hairdo taken from his early hero, Little Richard, croaking in a voice that came directly from Woody Guthrie, singing a song from the Drifters is now bopping like Carl Perkins. I don't want to start talking about the fact that Little Richard took the hairstyle from Esquireta or we'll never get out of here.

Art has sources. Without a foundation we've got no way to communicate. I love you. I didn't make that up.