Record producer. Record producer. Record producer. What the hell is a record producer? The term meant nothing to any of us until Phil Spector self-promoted himself into pop culture history. Before Phil we had Mitch Miller or any suit with a job at a major label who happened to know how to play the piano. At the small, independent labels we had A&R guys or independent producers who made records at their own expense and then when something stuck to the wall, stole all the royalties from the kids who were just thrilled to get onto American Bandstand and hear their songs on the radio. Beat bolting fenders onto Buicks, settling down and raising kids.

Suddenly we all heard about this "wall of sound" and read about the first teen tycoon. They were fine records, too. He bummed around and got cheated until he learned to do the cheating himself. He opened the door for Leiber and Stoller and Johnny Otis and lots of guys who had already opened the same doors for him. Now there was a mystique. Now there was a RECORD PRODUCER.

The sad tragedy that ended the Phil Spector story was a long time coming. It was pretty predictable. 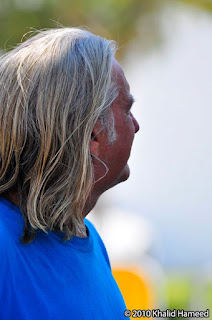 Everybody of a certain generation knows of Jerry Wexler, John Hammond, George Martin, Bob Johnston and Jack Nietzsche. We can thank Phil Spector for that.

Posted by ronnyelliott at 7:16 PM