Have I introduced you to my pal, Harry Hayward? He was drunk before it was fashionable and sober before it was important. He is crazy and he had about the best dose of OCD that I've ever seen long before any of us knew that such a condition existed, much less had a name. Everybody should have a friend who will stand behind them and stand up for them like Harry has done for me. He wears a hat well and most folks don't. 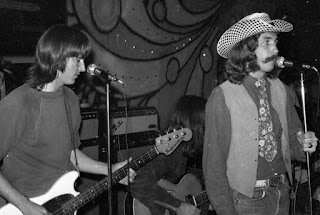 He should have been the biggest thing in show business. In this universe a few of us get to brag about seeing him perform and working with him. Fortune and fame would have made him very hard to live with.
Posted by ronnyelliott at 2:15 PM