It's In The Ether

If we're all concocted of the dust from stars how can we possibly be anything less than grand. I grew up poor and never had the good sense to recognize that I was different from my friends. Most of them were from prominent families and lots of money. Some of those folks are still my friends. Oh, we had plenty of other kids from homes that scraped by, but for the most part my contemporaries were being raised to be the pillars of our community. 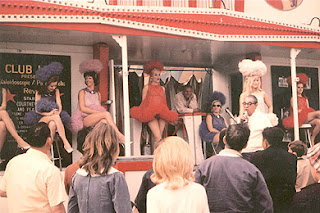 I always loved the girls. Still do. I was raised by a single mother who spoiled me with anything that I asked for and a grandmother who showered me with the most unconditional love that you can imagine. A therapist once explained to me that women are attracted to men who are raised by women. They don't generally display the same swagger, I suppose. I don't hike my leg to see how high up on the tree that I can pee. I guess I began falling in love with little Alison Lewis in the third grade. She wouldn't mind me mentioning her by name. She's my pal and she has had to put up with it for a very long time. 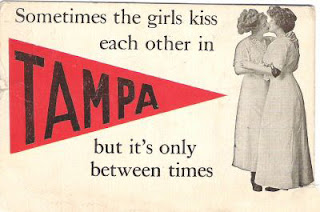 Then by junior high school while most of my pals were lined up to get into the monkey races at the Florida State Fair, I was dragging my little cousin, George, over to gawk at the lovely dancers lined up on the runway while the barker suggested that there would be displays of femininity bordering on the illegal inside the tent once the show started. Ah, Club Lido. Closest I ever came to sex education. There was a young platinum blonde who seemed to be there every year. I'm still not over her. Probably wasn't even the same young lady.

By the time I began to actually date it was fairly obvious, to me and to them, that I was never likely to develop any of the skills required to do this successfully. My friend, Harry, describes it, "You fall fast and you fall hard." I guess that's about right on the money.

My failure at romance has become legendary in my own mind. I try. God, I try. I don't really have any regrets other than inconveniencing people that I care about. I didn't say hurt because I seem to be the one who ends up hurt. None of us like it.

I asked a woman to dinner this past Saturday. We had a fine meal and, I thought, a fine time. When I got her back to the place where she was staying, she went inside and I didn't see her again. Oh well. At least we're not married.

Every one of us is special. Truly special. I wrote a line once, "I'll make this toast to motherhood and the women that I have known." I find that I tear up and can barely get that line out onstage now. I do thank the women who have shared their lives with me and put up with me for whatever amount of time that they could spare.

My favorite male friends are the ones who seem to share my reverence for women. I truly believe that the only hope that we have to move our society and culture ahead is through women taking the reins. It was my grandmother, Lottie, who taught me to pray, "Give us peace on earth and end this dreadful, dreadful war." I wish someone had taught little Barry Obama that prayer. 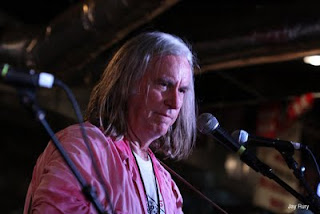 Meantime, if I ask you out to dinner, be kind to me. Don't marry me but be nice about it.
Posted by ronnyelliott at 10:04 AM