The Master Of Beating A Dead Horse

All my favorite comedians have always been the guys who don't tell jokes. I love Steven Wright. I just sit there in front of a tv screen and try to keep up. Of course Lord Buckley is one of my idols. I've learned more about living with love in my heart from his Church Of The Living Swing than I ever did in Sunday school. I've spent a lot of the last couple of decades wondering if I might be a preacher trying to pass myself off as a rock'n'roll singer. Now I'm beginning to wonder if maybe I'm just a standup comic who doesn't remember jokes trying to pass himself off as something else.

My pal, Walt, was with me at a show in Clearwater when I stopped in the middle of a song to begin the drawn-out story of never meeting my father. Yeah, I'm a therapist's delight. I saw him once in downtown Birmingham when I was three or four. I remember my Aunt Jo bending down, pointing him out and whispering, "That's your daddy." Didn't seem like much of a big deal but then here I am telling the story again some sixty years later. I looked him up and called him three or four years ago. We made small talk and chatted for four or five minutes. When it seemed that it might go awkward with silence he ended it with, "Well, you be a good boy." End of my story, too.

This crowd needed a punch line. What's funny about that? They seemed to like the show just fine, though. I wonder if my comedy might not just have the strong commercial appeal that my music does. 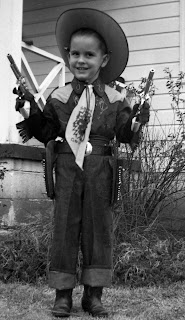 I've said it before, "This is not my century. Neither was the last."


Posted by ronnyelliott at 3:32 PM