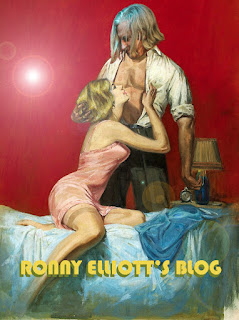 The German Zeppelin bombing of England began in 1915. Jess Willard knocked Jack Johnson out in the 26th round of a championship brawl in Havana, thrilling white folks around the globe. Babe Ruth hit his first home run. Henry Ford rolled his 1 millionth car off the assembly line in Detroit and my Aunt Jo was born.
One day last week I finally got to talk to her on the phone. First time since the pandemic began. Of course this isn't her first.
She had lunch with Eleanor Roosevelt in the white house and she sat up with me all night in the emergency room on New Year's eve, 1966, in Birmingham. Same hospital I was born in. Pretty sure she knew I hadn't "walked into a door."
She says "I love you," a lot. Always did.
Posted by ronnyelliott at 8:26 PM