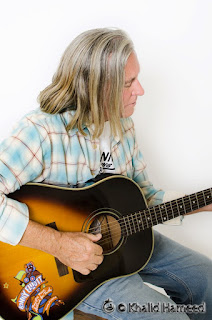 This all started as a concept regarding my position in society and my sense of fashion and style. I wanted to write a song for a girl to sing about changes in our culture and boys who just don't quite make it. When I passed the idea on to my pal, Rebekah Pulley, she quickly wrote some new lyrics. I figure that she should know more about the things that women look for in a man than I would. It seems that I've never known too much about that subject at all.

Every now and then I'm fashionable for a brief moment. My hair was already long when such a silly idea became hip. Of course my hair is still long and I'm decades beyond any fashion statement.

I suppose that it was my good fortune to play rock'n'roll in the sixties when youth culture ruled the planet. I still do. Most of my pals from that era are retired doctors and architects and robbers now.

That peace and love thing? Well, I was there waiting for that one. My grandmother had already taught me about war. She taught me about love, too. I'm getting an extra lap outta' that one. This whole Occupy Movement thrills me and I'm more than a little bit proud to have a small role in it. The mayor asked me, "You're not one of them, are you?" to which I proudly replied, "I most certainly am one of them."

Place your bets. When I go out will I be fashionable or not. The smart money would have to go on not. Even old white guys are out of style now. Good riddance.


Posted by ronnyelliott at 2:00 PM