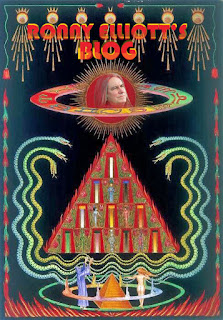 Hey, I've got an idea.When we get this country back again, let's don't pick up where we left off. Let's do it right this time. From this point on, every idea that I put forward will be decried as some form of socialism by folks in this country who have inherited property.

Let me remind you that Europeans came to this continent and stole the land. Some of them brought slaves from Africa to pick their cotton, build their plantations, have their babies.

These folks appropriated a land of plenty. There were resources to provide a paradise for everyone. Now, somehow, we have managed to squander a great deal of this paradise to put feathers in women's hats and fertilize golf courses.

Here are a few things that seem relevant to keep in mind if we are ever to patch things up:

1. In a struggle between a good guy and a bad guy, the bad guy will win. Good guys don't sneak "foreign objects" into the ring. They don't have smallpox blankets.

2. There is no such thing as a benevolent dictator.

3. Whoever your god is, he isn't on anybody's side in any war. He never was. Never will be.

4. There are few among us who want to serve in government for the "right" reasons.

My point, if I have a point, is this: we can do better. Build a culture on truth and love, not money.

Posted by ronnyelliott at 8:39 AM