Stop me if I've told you this. All of my early aptitude tests in school indicated that I was destined to be a preacher. Nothing even came in second place. Puzzled me, baffled the teachers. You must believe something to preach something, right?

My problem is that I seem to believe it all. It never escaped my young mind that Jesus was always quoted saying pretty much the same things that Buddha had muttered hundreds of years before. All of those special guys and girls have always stuck to the message. I'm not about to ask for a donation to reveal this big secret:

This is heaven and there is no hell. Be nice. Love, because that's all there is.


Of course I have thought that I was spending my time as something of a rock'n'roll musician for these past forty five or forty six years; a hillbilly soul singer, a bass player, a songwriter, a folk singer. I'm no more a musician than Lord Buckley was a comedian or Mark Twain was a novelist. I'm not trying to ease my way into some lofty club of beloved genius. The only connection with these fine guys is some fire within to preach truth regardless of the consequences. I'm talking about Truth here now. Not that bunk that we suffer through in our political debates and not any of that malarkey where nut cases sling smoke and water and babble in languages that we haven't spoken in ages.

What do we really remember about Jack Kerouac? His face on a t shirt is more familiar than anything that he wrote. He only wanted to be with the ones who burned, burned, burned, remember? He was his work. He invented "Jack Kerouac" and then couldn't get comfortable with it.

If your mission is to preach the truth it's all pre-ordained. You don't get any say in the matter. Doesn't seem to be very fashionable just now and I probably should have found a career with better health benefits. I have to remind myself that Lord Buckley was supremely hip and totally honest during the Mad Men era. He never tasted much in the way of fame and he never made much money. He died in 1960 at the age of fifty four so he would never have been aware of his influence on our culture. 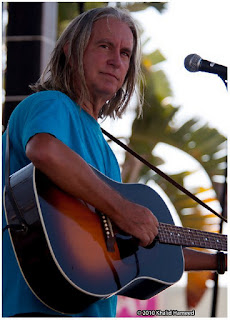 I don't kid myself. My sphere of influence is minute. My gifts are modest. I am rewarded with the notion that I have stuck mostly to the truth. I love with all of my heart with what purity remains. I love you all very, very much.
Posted by ronnyelliott at 11:47 AM