No Beats, No Punks

When I was in the eighth grade I was lucky enough to receive an invitation to a beatnik party. I didn't know what a beatnik was but I knew what they looked like. I borrowed my mom's black turtleneck, combed my hair down and got out my Levis and Jack Purcells. Looking back, I'll bet that I was the best beatnik there.

In the mid-seventies a bunch of my pals put together a Russian punk band with me, Nikki And The Boys. We were doing it as a one off deal for a show in Ybor City. We threw together a bunch of short, fast songs like "Come Dance At The Communist Party," and "Nikita Was Right."I bought us a dozen or so marching band uniforms, black and red, and handed them out without regard to size. They were too good a bargain to pass up. Of course we didn't rehearse much. That would have ruined it. Now I'm left thinking that I was one of the few, true punks. People wanted to hire us for other shows. I could never make sense of it.

A pin through the nose doesn't really mean anything and a beret and a goatee don't shape a lifestyle.

"Whatta ya rebelling against, Johnny?" "Whatta ya got?"

Remember Marlon Brando's snappy retort in The Wild One? That really was about the peak of the entire beat movement. Sure Jack changed some lives when he wrote without form and Allen got a lot of press when he was dragged into court. Overall, though, Kerouac was an insecure, right wing bully with a drinking problem and a confused sexuality. Ginsberg was a gifted poet who just wanted to be famous. I'm afraid that Maynard G. Krebs was the ultimate beatnik.

The best remembered punk songs are probably the biggest "hits" that the Clash had. Why? They were the only real songs from the era. It was charming and somewhat refreshing for a bit that rock'n'roll was back in the hands of kids, amateurs and innocents. Then the Sex Pistols signed with Warner Brothers and the hoax was over. Jerks made money out of the joke for a decade or so. Middle aged folks who just couldn't learn to tune a guitar posed and spit and pogoed shamelessly for too long a time. 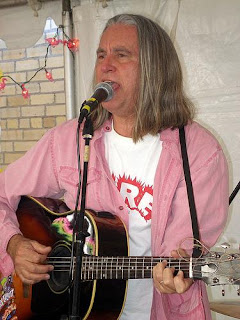