I Don't Have A Dog

"Doc, the best way that I can describe it is I feel like my dog has died and I don't have a dog."

That's the way my pal, Ed Brown, described his feelings of despair to his physician. The good doctor made him promise to get his gun out of the house and sent him to a psychiatrist who could prescribe something for his depression.

The miracle drug was supposed to take a minimum of four to six weeks to take effect but Eddie was a different person in a day or two. Thank heavens. Ed was a curmudgeon of the first order on a good day but there had always been a twinkle if you knew to look for it. We never did figure out what pushed him off the high dive to begin with. He did tell me later that he had never gotten over his father's death and also that the loss of his only dog, Snake, had never been dealt with in any proper manner.

Ed died a couple of years ago and I can't completely come to grips with that. I lost another of my closest friends last Thanksgiving and I don't dare let those memories in at all. My losses have been big and profound and out of the clear blue for me in the last few years. Funny thing is they didn't surprise the people around me.

Now, as much as I hate to admit it, I feel like my dog has died. I do have a dog, of course. Jamaica is my everything. I have a gun in the house but it's the blank gun that I got in the Smokies as a souvenir when I was a kid. Unless I beat myself to death with it there's not much threat there.

I'm trying to write and I'm trying to record. I want to go out and be social but it was a struggle to stay up until 7:30 last night.

I don't need sympathy; there's nothing wrong. I do love my friends, however, and I am truly thankful for them. I love everyone else, too, because I know that we should be friends, as well. I will give thanks this year for all of the beautiful people who have taught me so many wonderful lessons. I miss my friends who have gone and I will always be grateful that they passed my way. 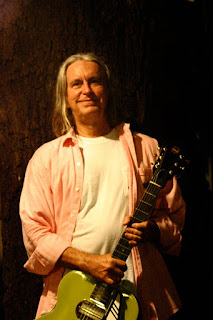 Give us peace on earth and end this dreadful, dreadful war.
Posted by ronnyelliott at 1:55 PM