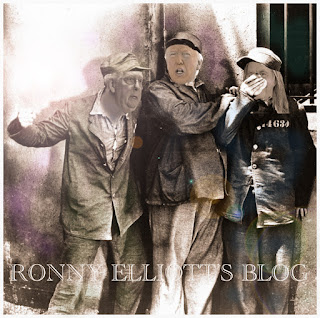 There was a time when my every waking thought was about cars. Well, to be honest, there was the occasional stray fantasy featuring Brigitte Bardot or one of those peroxide blonde chorus girls from Club Lido, but I could dispose of those with a dose of manual dexterity.

Generally, though, it was all hot rods. By the time that I was legally able to drive, I was on my third car- a 1932 Ford, three window coupe with a Corvette engine. I most certainly would have killed myself except for the fact that it usually wasn't running. I have no mechanical aptitude. That has only been clear to me over the last ten years or so.

Now I drive what is likely to be the last automobile that I will ever own- my Aunt Jo's hand- me-down, 2001 Toyota Camry. What a fall from grace!

I couldn't be more pleased with myself.


Posted by ronnyelliott at 7:29 AM