Dastardly Deeds Under The Influence 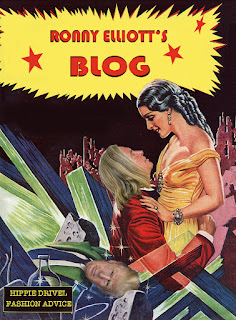 Oh, my. Everything that I have to say has been said. I know too much to have an original thought and I don't know much. As usual, none of this is likely to slow me down.

On some days I worry that technology is the only remaining frontier. Once we went to the moon. Chrysler offered a push button automatic transmission. Some genius invented the thermos and a hero wiped out polio. Almost wiped out polio.

Feel free to call me a socialist. I call me a moralist.

Posted by ronnyelliott at 7:45 AM